Be A Star Collecting Celebrity and Movie Memorabilia 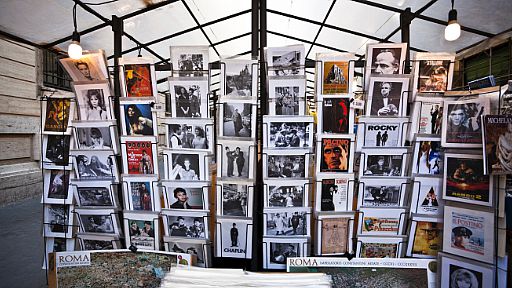 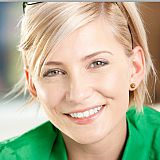 Posted By Cara B.

Since the advent of the moving picture, America has surely had a fascination with Hollywood and movie stars. This is most clearly seen in the high value of celebrity and movie memorabilia.

Most people want to know if the piece of movie magic that they are hanging on to has any value. There is no way to tell which specific items are going to sell for the highest amount, but there are few general categories that sell for a lot of money. The best prices come from original items such as costumes, props, posters and autographs.

The market for movie memorabilia is expanding so rapidly that many collectors buy items such as T-shirts, posters, and replica props from current blockbuster movies hoping that in the future they will be worth a lot of money. Even the complimentary gifts that are given out prior to an opening can be worth something. A free promotional wristwatch that was given out prior to the release of The Nightmare Before Christmas is currently selling for about two hundred dollars.

Nearly everything connected with the movie business is considered movie memorabilia. Merchandise from the original Star Wars films has been selling for between two and four hundred dollars. Mickey Mouse watches have been selling as high as seven hundred dollars at auction sites. Original costumes and props go for the highest prices. But to start out collecting movie memorabilia, consider film posters; most film posters can still be bought online for low prices. The most expensive posters are from vintage films of the Golden Era, the 1930s and 1940s.

Posters from the cult horror and science fiction films of the 1950s are the next most valuable genre, currently valued at up to eight hundred dollars. Of course, the very rare items fetch the best prices. The only existing copy of 1933's The Bride of Frankenstein poster recently sold for $330,000 at auction.

With regards to specific actors, the paragons continue to dominate the market. Autographed items from Humphrey Bogart, Marilyn Monroe, James Dean and Greta Garbo are the highest selling, going for between eight hundred and five thousand dollars, depending what the item is. Autographs can be found on virtually any surface. But current actors can fetch substantial prices too, for example John Travolta's white three-piece suit from Saturday Night Fever recently sold for $145,000.

If you want to collect celebrity autographs, authenticity is of primary importance. Ideally the autographed item will have a Certificate of Authentication. The credibility of the certificate depends on the reliability of the issuing party. Know your seller and check their credentials to see if they belong to a reputable organization.

Research the provenance of an item, which includes how, when, and where the autograph was obtained. Provenance is critical to determining the autograph's value.

However, rare items of poor quality will not be as valuable. The better the condition of a piece of movie memorabilia, the more valuable it becomes. To be worth anything, an item must be whole and clean, in as close to mint condition as possible.

It goes without saying that to have any value at all the movie memorabilia has to be genuine. Experts can often detect counterfeits from tiny details, such as a tag showing the name of the studio, designer, or actor, studio marks, photographs showing the item associated with a particular actor or actress, the remarks of someone associated with the film, or a Certificate of Authenticity issued by the studio or a reputable authenticator.

There has been a sharp increase in the market demand for movie memorabilia in the last ten years. And while everyone would like to know which memorabilia is going to be worth a lot in the next ten years, there is no concrete way to tell what will be the next big thing.

However, collectors suggest that the top selling collectibles will be anything from stars that are popular and successful in their careers, and from wildly popular movies like Titanic and cult favorites such as Sideways.